I’m only halfway home, I’ve gotta journey on
To where I’ll find, find the things I have lost
I’ve come a long long road but still I’ve got some miles to go
I’ve got a wide, a wide river to cross
(Levon Helm)

I’ll be heading back into the KUST studio again this afternoon for another episode (chapter?  edition?) of Great River Radio.  After starting the show with Diana Krall’s great version of Levon’s song, which is iconic at GRR, we’ll get to new music from Ingrid Michaelson (I’ve really been digging her new album Lights Out), and Danish singer/songwriter Majke Voss Romme (who performs as Broken Twin) with her romantic and melancholy “Sun Has Gone.” We’ll also have something from Carlene Carter’s tribute to her family “Carter Girl” on which she covers her favorite Carter family songs, and a few other tributes, as a matter of fact.   If you love Jackson Browne’s songs, you’ll want to hear Jimmy LaFave cover “For Everyman” from the new tribute album to JB.  And finally, we have another track from the tribute to the Dylan of the 80’s by Chastity Brown, doing a soulful gospelly take on “Saving Grace.” That and new songs from Joan Osborne, Bon Iver bandmate S. Carey, Ray Bonneville and The Hold Steady. Just a reminder, GRR  is winding down.  I’m giving a lot of thought to a final show in the coming weeks, and will try to make it very special.  If there is anything you’d like to hear, or share with me from your memories of listening to this show, I welcome your comments. For now, I hope you can listen this afternoon as you take care of business, or check it out later on the blog.
Details: Great River Radio –  some Wednesdays 4:15-5:45 p.m.
Catch the live stream: http://www.stthomas.edu/ustclubs/kust/live/liveStream.html
Web/Listen Later: https://greatriverradio.wordpress.com
Facebook: http://www.facebook.com/GreatRiverRadio
Playlist
Wide River to Cross-Diana Krall
Home-Ingrid Michaelson
Heart & Bones-The Pines
Sun Has Gone-Broken Twin
Little Black Train-Carlene Carter
For Everyman-Jimmy LaFave
Who Do Call the Shots-Ray Bonneville
Steel Guitar-Danny O’Keefe
Saving Grace-Chastity Brown
Alpenglow-S. Carey
Few Feet Away-Otis Taylor
Hand It Over-Keb’ Mo’
Farther Along-Mississippi John Hurt
Sleepy Sea of Indigo and Blue-Antje Duvekot
Work on Me-Joan Osborne
Weary Eyes-Augustines
Spinners-The Hold Steady

If I had wings like Noah’s dove
I’d fly up the river to the one I love
Fare thee well, my honey, fare thee well

Just a quick reminder that Great River Radio will air this afternoon with an outstanding playlist of mostly new music from artists like the Augustines and the American Authors, Craig Finn, William Fitzsimmons and Nick Waterhouse.  My favorite new band Lucius might even get two songs played this afternoon.  I’ll do a segment of songs from movies (Inside Llewyn Davis – quoted above, Nebraska and All Is Lost) and a couple of covers, including a beautiful one sung by a seven foot sad clown.

And this, perhaps more notable announcement.  After eight years and 171 shows as of today, I’ve decided to pull the plug on Great River Radio after this semester.  I’d like to do at least two more shows, and will make them special.  This has been a labor of love and a creative activity for me all these years, but I’ve decided to turn my creative energies in other directions.  More on all of this later this spring.

For now, I hope you can listen this afternoon as you take care of business, or check it out later on the blog.

“A Feather’s Not a Bird”  Rosanne Cash

A quick reminder that Great River Radio is back this afternoon with a bundle of songs for you, mostly new, but a couple of discoveries that have been spinning on my player the last four weeks.  Do you know Goldfrapp?  Do you want to hear something sexy that will warm you up on a cold winter night?  That’s all I’m going to say about that.  I’ve been digging the songwriter Peter Bradley Adams and have played him before.  He has a new record, as does the very interesting Damien Jurado, local friends Jeremy Messersmith and Erik Koskinen.  Then there will be the department of covers and remakes with Charlotte Gainsbourg doing “Hey Joe” (you’ve got to hear it) and Band of Horses doing an acoustic live at the Ryman version of “No One’s Gonna Love You” and a remastered “Comes and Goes In Waves” from Greg Laswell.

And of course, my favorite record of the year so far, Rosanne Cash’s The River & The Thread – the first track from that album will also open GRR today.  Finally, I have the first musical harbinger of spring, thanks to Mike, from the John Butler Trio.

If you live in the upper Midwest, you’re going to want to take some time to listen this afternoon or later for a break from the cold and snow and the coming storm.

I’ll be getting things going around 4:00 – listen this afternoon or later when the snow is coming down. 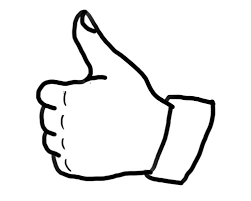 Hope of a Lifetime – The Milk Carton Kids

Before we completely move on to our plans and hopes for this newish year, I want to take one more look back to the music of 2013. The season of ‘best of’ lists is now past, and, anyway, that’s not what this is.  These are a few of my favorites songs from Great River Radio shows of 2013.  This will be a longer show than usual – I’ll be in the studio for two hours  this afternoon.

We start with three river songs which have opened shows of the last year:  “Ohio”, from Patty Griffin about that river, followed by Pokey LaFarge’s “Central Time” and “Mississippi” from the Griswolds. After the trio of river songs, we’ll go to songs about running and walking (including “The Walker” from Fitz and the Tantrums, a very special song for me last year.)  I’ve got two beautiful covers (“Train Song” by Tift Merritt and Sarah Jarosz’ “Simple Twist of Fate.”)

Locally, we’ve got music from The Suburbs, Dessa, John Hermanson and Frankie Lee.  You might have caught Jake Bugg in town last weekend, and he’s on the show this afternoon, along with newcomer Valerie June and the above quoted Milk Carton Kids, who knocked us out at a show last year.  You might want to check out Delta Rae, who will be playing the Varsity this spring.  I’ll let you know of other upcoming shows that might be fun, as well.

So for a few memories or maybe a listen to something you missed last year, tune in this afternoon.  I’ll be getting things going around 4:00.

Just a quick reminder that GRR will be back this afternoon with a set of holiday tunes that ranges from contemplative to raucous, joyful to moody, sacred to secular, nice to naughty and some that are harder to classify.  Check us out to hear Leon Redbone, Nick Lowe, Mindy Smith, The Be Good Tanyas, The Punch Brothers, Dawes, Cantus, the Roches, Billie Holiday, Tom Waits, Paul Simon and others.

I hope you can listen this afternoon as you take care of business, or check it out later on the blog.

And I wish you the best for the coming days and in the new year – Happy Holidays from Great River Radio!

The Missouri is my right arm, the Ohio is my left
But I’m livin’ on the Mississippi River where I like life the best
I don’t mind the west coast, and I don’t mind the east coast
Oh, baby but I ain’t gonna live on no coast
Some people say that the Mississippi River is the backbone of the nation
They can say whatever they want, I won’t disagree with that statement
I see people workin’ hard as ever, just wondering what I can do to make their lives better
I’m just a plain ole Midwestern boy
Gettin’ by on Central time
Pokey LaFarge “Central Time”

At the moment in this northern region of the Central Time Zone, it is frigid. Add to the brutal weather we’ve been having the stresses of finals and semester end projects for both students and faculty, and the preparations for the holidays, and you have a pretty stressful period of the year. At minimum, we hope you can stay warm, though we know that some are cold, someone’s furnace is misbehaving, someone’s home isn’t very well insulated, and for far too many, there is no home at all.

It might be time to take a breath and listen to some music. On Great River Radio this afternoon, we’ve got a couple things going. Having been present at an intimate show by Joe Henry last week, I’ve been listening to his music on repeat for several days. So I’m going to insert him into the playlist several times this afternoon. I do think he is one of the best songwriters in the business now, and these songs are good examples. I’ll also recognize the season, not with holiday music, but with some songs about winter and the cold. Of course, there is lots of new music, as well, including just released songs from Shelby Lynne, who released an EP of original gospel tunes yesterday. We’ll also hear from Joshua James, Jake Bugg, British folk rocker Passenger, and Norwegian songster Ane Brun. I’ll have a tune from Alex Ebert, the leader of Edward Sharpe and the Magnetic Zeros, except solo this time.

Pokey LaFarge will kick things off with the river song referenced above and I think you’ll love it.

I hope you can listen this afternoon as you take care of business, or later on the blog.

“Being born in the twentieth century, I learned this song in the nineteenth-century version with its reference to ‘Canaan’ land. Twentieth-century ‘Canaan’ in the stories and sermons of the Black Baptist churches I attended was about a life beyond this experience we were having on earth…when we sang this song and other songs about Canaan, we were talking about an ‘over yonder,’ an ‘up yonder,’ an afterlife – ‘across our Jordan River’…”
If You Don’t Go, Don’t Hinder Me – Bernice Johnson Reagon

It is Social Justice Awareness Week at KUST and Great River Radio will take this opportunity to sprinkle traditional songs of freedom into the show. These songs have come out of the tradition of spirituals – “named so by the people who created them because they came from the spirit – deep within” says Bernice Johnson Reagon. The songs of slaves in 19th century America became the songs of the civil rights movement of 20th century America. We’ll have traditional music from Sister Rosetta Tharpe, Mavis Staples, the Blind Boys of Alabama, Mahalia Jackson and the group that Bernice Johnson Reagon founded long before Sweet Honey in the Rock, The Freedom Singers, who were very active during the civil rights movement of the 1960’s. The roots of rock and roll are deep in the gospel and even spiritual tradition, so it makes great sense for GRR to pay tribute to this music on today’s show.

We’ll also have our usual mix of new and old songs for you today, including a track from our new favorites, The Saint Johns, as well as a live performance from Sara Bareilles. You know Greg Laswell who we’ve played several times before – we’ll have a song from him with his wife and another GRR favorite, Ingrid Michaelson. Rickie Lee Jones will cover a Stones tune and newcomer Brandy Clark with a sassy tune about a crime of passion deterred by a crime of passion – “Orange is the New Black” fans, stay tuned for this one.

That and more, of course, on this week’s edition of Great River Radio.

Listen in live this afternoon or later on the blog.